I have requested photographs documenting the damage. I have heard figures of up to $500,000 in damage. A half a million dollars.  That is a substantial loss form a significant rampage. Village Hall belongs to the tax paying residents, not any one elected or charter official, so the residents do have the right to know how this happened, the damage, and at what cost will areas be restored.

This event was described in a Miami Herald article - Cops: Man smeared own blood on walls, caused $500K in damages to Palmetto Bay Village Hall, by Martin Vassolo, April 6, 2019, as follows:


During a 56-minute onslaught inside an empty government building in Palmetto Bay Village, a homeless man smeared his own blood on “all the walls in all the offices” of Village Hall, grabbed an American flag from reception and destroyed office equipment, technology and artwork valued at about $500,000, police say.

When the incident ended, 38-year-old Holdson Marcelin dragged the U.S. flag -- now slightly burnt at the end and stained with his blood -- with him as he walked away from the building and appeared to disappear in the early hours of Thursday morning.

The scene of wanton destruction was captured on surveillance footage, which police used to identify Marcelin. (Bold type emphasis added)


There are many questions, but many discussions held among Village Residents (who are interested in this crime) focus on the same thought: 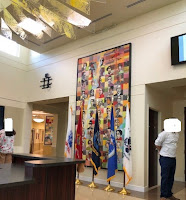 What action has been taken by the manager and/or the Village Council to make this building more secure today than it was the night it was vandalized?


Again, this is one of the people's buildings, a village asset that belongs to everyone who therefore has the right, the expectation, that they will have the answers.

Here are the photos provided to me from a FOSDU. I am thankful that some of the significant Village Artwork appears intact, at least from what I can see from these photos. 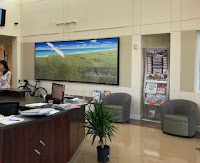 Below are some of the items that I am concerned about. I have not heard or seen any damage reports concerning the following, including Gerry Stecca's MIAMI VINE (Below far right) - was this still on display in the lobby of the Village of Palmetto bay Municipal Building at time of the rampage? Is so, what is the condition of it. Let's hope it is safe. 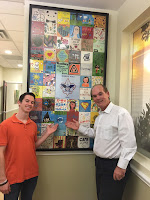 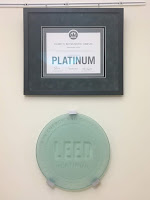 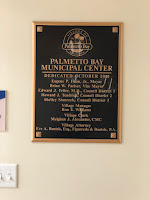 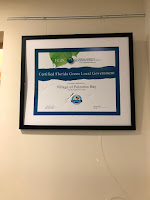 Above left and right, evidence of vandalism that either can remain scarred for posterity or, in the case of the certificate (above right) are easily replaced, if need be.

Below left and right, empty hallways - are items that used to hand on these walls irreparably damaged or simply our for cleaning/restoration? 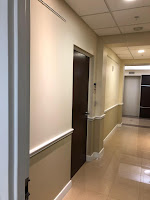 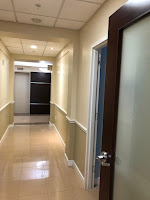 Below left and right, more empty walls and damage (or clean up residue) evident to Council Chamber doors. 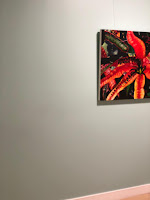 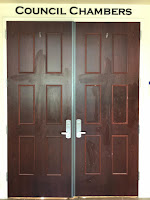 The AV monitors appear smashed in parts or not working due to other related damage. More to come on that area of damage (below left - in chambers. Below Right, entry way monitor displays what appears to be damage to the broadcast system.): 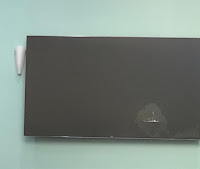 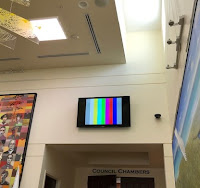 Posted by EugeneFlinn at 5:15 PM