Our condolences. We mourn the passing of Hershel “Woody” Williams – last surviving Metal of Honor recipient from WWII 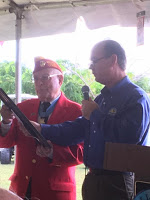 The last surviving Medal of Honor recipient from World War II has passed on from this life at 98 years old. Palmetto Bay was honored with his participation in our Veterans Park project. October 15, 2016, was officially proclaimed as Hershel Woodrow "Woody" Williams Day in Palmetto Bay.
Thank you for your service to our country US Marine Williams. May you rest in peace.

US Marine veteran Hershel “Woody” Williams died Wednesday at 3:15 a.m. at the Huntington, West Virginia, Veterans Affairs hospital named after him, according to a statement from his foundation. See: Marine Times, June 29, 2022, Last surviving WW2 Medal of Honor recipient Woody Williams dies at 98, by Andrea Scott

The Village of Palmetto Bay has been working with the members of the American Legion Marlin Moore Post #133 to create a Veterans Park/Gold Star Family Memorial Monument. This event featured a presentation by Hershel Woodrow (”Woody”) Williams, the last surviving Medal of Honor recipient from Iwo Jima.  October 15, 2016, was officially proclaimed as Hershel Woodrow "Woody" Williams Day in Palmetto Bay.

Thank you US Marine Williams for your service, both during WWII as well as your continuous service thereafter in your efforts in regard to Gold Star Families.  Words cannot express our thoughts and thanks to the surviving family and friends of those who made the ultimate sacrifice in service of our country.

I will work to see that Palmetto Bay does keep its promises and completes a Veterans Park worthy of your participation Marine Williams! 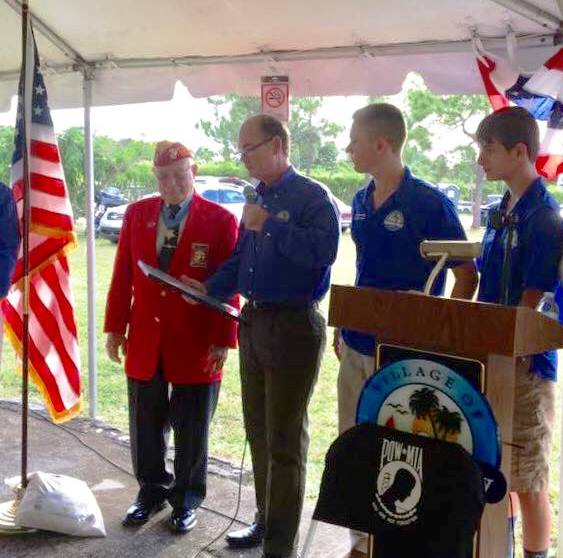