A thought provoking article. Bicycle-friendly projects are even good for people who will never ride a bike. Here's how: (AARP Livable Communities series)

NOTE: This is a reposting of a blog article that originally ran on March 23, 2019, but one that is especially relevant in the local current climate. The popularity of bicycling has increased dramatically during this COVID-19 pandemic. Sadly, long term strategic plans have been tossed aside on personal whims of the current local officials.

Benefits abound for those with no intention of ever getting on a bicycle
by Jay Walljasper, AARP Livable Communities
This article is part of the AARP Livable Communities series.
Please read the entire article and consider the 10 reasons – set out in detail in the full article. But first, I would like to start with the PS or post script, which really hits home the some major points for those who skim or fail to finish the article: 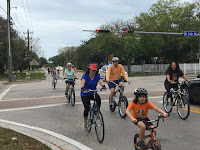 Contrary to myth, bikes aren't only for kids, and bicycling as a means of exercise and transportation is not the sole purview of young, male, ultra-fit daredevils.

The article notes that the number of older, younger, female and inexperienced bicyclists is rising.

Riders age 50 and over pedaled an estimated 2.6 billion miles rides in 2009, according to the latest data from the National Household Travel Survey conducted by the USDOT. That's more than a six-fold increase from 1995, when that age group covered less than 400 million miles. 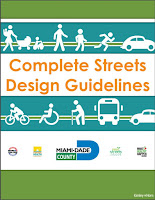 Read this article. Bike lanes are not the enemy, to the contrary, they are part of the Safe Streets Guidelines that Palmetto Bay adopted under my administration which is still the stated Policy of Palmetto Bay, unless and until that resolution / policy is rescinded.
The author makes the case that the solution is to share the streets by providing a space for each listed category of user, again, making the case that bicycle-friendly projects are even good for people who will never ride a bike. Here's how:

1. Safer Streets Are Safer For Everyone

"The anxiety and anger that many people have about bicyclists is because we have streets designed for conflict," observes Randy Neufeld, director of the SRAM Cycling Fund. "Everyone is nervous because no one knows where the bikes belong. Protected bike lanes take that chaos and disorganization away. We're not all fighting over the same space."

In fact, says Martha Roskowski of People For Bikes, defining spaces is the reason why research shows that drivers like protected bike lanes: "It increases the predictability of bicyclists by giving them their own place in the streets."

It makes sense that having more people on bicycles will lead to less roadway congestion. However, a study by researchers at the University of Virginia finds that increased bike riding across America could mean more congestion if bike lanes are not included on busy streets.

"Bicycling makes cities more attractive," explains Gil Penalosa, founder of 8 80 Cities, which promotes making community livability for people of all ages. "The quality of the air is better and the amount of noise is less. You're more likely to know your neighbors and stop for a conversation."

Arlington's Leach notes that neighborhoods with bike lanes are often "filled with people on the streets going to stores, sitting in cafes."

One of America's most ambitious bicycling projects is Indianapolis' Cultural Trail, an 8-mile network of separated bike and pedestrian lanes that has reinvigorated a number of struggling business districts and sparked a whopping $1 billion in increased property values. The Cultural Trail has also bestowed considerable cachet on this often-overlooked city.

In an era when streets and sidewalks across the country are in disrepair, bicycle projects can save us a bundle in maintaining and expanding our transportation systems.

The health benefits of bicycling look almost like a miracle. Moderate physical exercise such as bicycling for only 30 minutes a day reduces a person's chances of diabetes, dementia, depression, colon cancer, cardiovascular disease, anxiety and high blood pressure by 40 percent or more.

Transportation accounts for more than a quarter of all greenhouses gases, the second largest sector after electricity (30 percent), according to the U.S. Environmental Protection Agency.

A study from the Worldwatch Institute found that swapping a car for a bike on short commutes of four miles to work and back would generate 2,000 less pounds of carbon every year — which adds up to a five percent reduction in the carbon footprint of an average American.

More bicycles on the streets and fewer cars also lessen other forms of air and noise pollution.

Planning for an age-friendly community requires planning to keep everyone safe and active.

Please see a related post: March 9, 2018, Age Friendly community - an update. Palmetto Bay is the 156th community to be accepted in the AARP Network of Age-Friendly Communities. Where an update was provided on Palmetto Bay moving onto the next step toward being recognized as an "Age Friendly" Community.