480 Units at the Palmetto Bay Village Center - Village tax dollars were used to create a record that supports the applicant for this zoning hearing. Is this what you voted for? 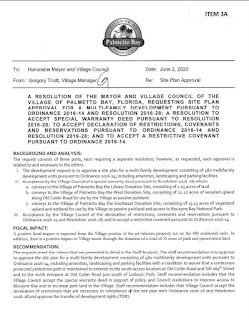 I am shocked. A full unqualified recommendation has been issued to approval for 480 units on Old Cutler Road. Shocking considering how the current officials played the "485" in the 2016 and 2018 elections.

Are you ready for 480 units on Old Cutler Road? This is more than I ever envisioned. This is more than what the current mayor promised, yet here it is a full recommendation, with supportive traffic studies (paid for by Palmetto Bay tax dollars), which all support the FAVORABLE RECOMMENDATION from her hand-picked Interim Village Manager.  480. So technically, this is not “485” but it is also not less than the 400 that I was working to reduce this project down to. Ask yourself, go ahead, ask the question: Is 480 what Karyn promised to you for your vote?


Perhaps this tax and spend council needs the revenues to fund their pet projects. The same recommendation also shouts out the very favorable positive impact:


"A positive fiscal impact is expected from the Village portion of the ad-valorem property tax on the 480 residential units. In addition, there is a positive impact to Village assets through the donation of a total of 35 acres of park and preservation land.”

Abandoning Government lite has costs. More development is needed to increase the tax base needed for all the entitlements this current mayor and council are dishing out to their political base.

Vindication. I recommend that Village voters pay special attention to the development of the PBVC; what was stated when, what was promised in the 2018 elections and what is being now being delivered in 2020.

I should have fought harder for the truth as Karyn Cunningham and her supporters continued to misrepresent my position on the Palmetto Bay Village Center (PBVC) for their political gain. Her mission, if I understood it correctly was elect her over me because she would stop the alleged overdevelopment. Yet, if I read the staff report correctly, and I am sure that I am, her hand-picked Interim Village Manager has RECOMMENDED 480 units.

This is a full acceptance of maximum development of the PBVC which, in my opinion, clearly and completely contradicts her campaign promises. 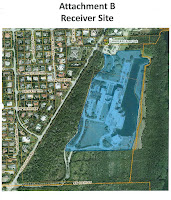 What will really happen? The project will be voted down for the political show and the proceeding will then move on to courts where the decision will be overturned at great public expense, both in budget and in public angst, all so the spineless mayor and council can then blame the court and prior councils – we have seen this before. See my prior posts on the Palmer Litigation (CLICK HERE).

CLICK HERE to review prior blog posts laying out the history and facts related to the PBVC and the 485., included in this is the post of January 27, 2020, Fact Checking the Palmetto Bay Village Center issue. Facts, not conjured up rumors and outright lies.

CLICK HERE to view the prior blog posts relating to the extensive, expensive and fruitless litigation on the Palmer Litigation.

CLICK HERE to view a link to the 11 page agenda to read it for yourself.

Special notes – items of interest that you will find in the 11 pages:

The proposed site plan has been reviewed for traffic impacts by the Village's Traffic consultant that concluded that the study intersections and roadway segments are expected to operate at adopted levels of service or better under all analysis conditions during the A.M. and P.M. peak hours, with report completed and submitted to the Village, October 2019 by Kimley Horn & Associates, Inc; ….

The proposed site plan has been reviewed for compliance with Ordinance 2016-14 requirement for limitations of trip generation to Old Cutler Road by the Village's Traffic consultant and concluded that the proposed development meets the requirements of the ordinance, with report completed and submitted to the Village, November 22, 2019 by Kimley Horn & Associates, Inc ....

Palmetto Bay’s own evidence. This is significant: The traffic engineers hired by Palmetto Bay reviewed the plan and approved it in reports rendered in October and November 2019 – a year after the current mayor and new council members were elected. All this going on behind the scenes. I thought they were going to 'get tough on traffic' instead, Mayor Cunningham and council have blessed this traffic.

Impact: Ask any competent lawyer how Palmetto Bay would defend a council denial in the courts when Palmetto Bay’s own experts provide the evidence that the PBVC applicant would rely upon? Crazy! Traffic concerns are the #1 reason to reject or scale down a project.

Closing statement – for those who have read this far: I feel quite vindicated here. The Village officials keep kicking this can down the road as they know that their campaign promises don’t mesh with the factual or legal realities. Considered yourself played.

But then again, far too many vote based upon what they want to hear rather than focusing on the facts and the truth.

Me? I have always fought to save the 22 acres on Palmetto Bay. This needs to happen, but it could have happened either by purchase that would have cost the village less than $1.8 million or at a development number of approximately 389 (more on those in later blog posts). I remain the only mayor who ever served Palmetto Bay who has fought against development on those 22 acres. Which mayor first recommended development? I will point you to a Miami Herald article for that fact nugget: July 22, 2014, Palmetto Bay council defers old Burger King property zoning; approves Palmer Trinity’s site-plan changes, by Lola Duffort. Yes, that is correct, Mayor Stanczyk first proposed development within the 22 acres on the PBVC. Where was the alleged covenant then?  And I never heard a peep in opposition from CCOCI. 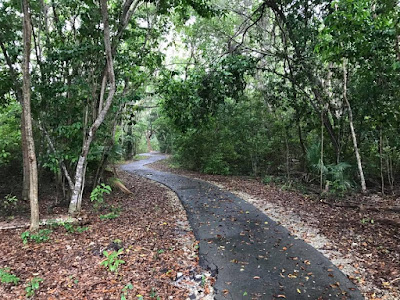 Posted by EugeneFlinn at 9:00 AM

Email ThisBlogThis!Share to TwitterShare to FacebookShare to Pinterest
Labels: FAQ, Get the Facts, karyn Cunningham, leadership