What would Christmas be without Charles Schulz's beloved Charlie Brown? I am posting the gold standard classic - let's lighten it up and enter this Christmas season on a Palmetto Bay high note!

Try and get this music out of your head. Enjoy.
Posted by EugeneFlinn at 7:00 AM No comments:

The holiday season is officially upon us!  Have a happy and safe Thanksgiving.

Please also take the time to remember and help the less fortunate.  Many families and children are doing with less, Take the time to become involved in a local charity, with time, if not a donation. There are many ongoing charities that are looking for donations and volunteers.

One of my personal favorite quotes about a holiday:

On Thanksgiving Day all over America, families sit down to dinner at the same moment - halftime.

Eugene Flinn
Posted by EugeneFlinn at 12:00 PM No comments:

Preparing for this holiday week: Who remembers WKRP "As God as my witness, I thought turkeys could fly" Happy Thanksgiving

Who here remembers (and who watched the original airing, rather than in reruns) this infamous episode?
Les Nessman discovers that WKRP's Thanksgiving promotion just isn't going to fly.
Posted by EugeneFlinn at 8:00 AM No comments:

The tree loss extends beyond the SW 136th Street MEGA sidewalk project. 82nd avenue is joining the streets undergoing tree diets.  It now appears as if no trees ever stood on the Northeast corner of SW 152 Street and 82nd Avenue. But there were - the Oaks were at least 50 years old. They survive many storms, including Hurricane Andrew in 1992, but they could not survive the chain saw.
I posted the question on 9/20/2021: when will these oaks be replaced? How many others have been removed in Palmetto Bay? We now have our answer as to replacement: The policy appears to be that lost trees are not being replaced, instead, non-native lawns are being planted where the trees once stood. This is more maintenance; including mowing and fertilizing. Less shade, no replacement of trees. 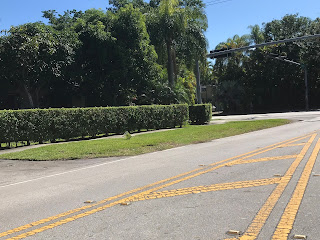 Palmetto Bay officials appear unconcerned. It is as if they really do not care to remain a Tree City USA community? The pictures speak for themselves. And take note, the big stately Oaks were in the public right of way. They can be, they should be, replaced.

Where is the tree maintenance / replanting program that Palmetto Bay once took pride in?

Answer? There are new policies at play that reflect the current priorities (or lack of) for this current mayor and council.

Photos from the prior post documenting what once stood there: 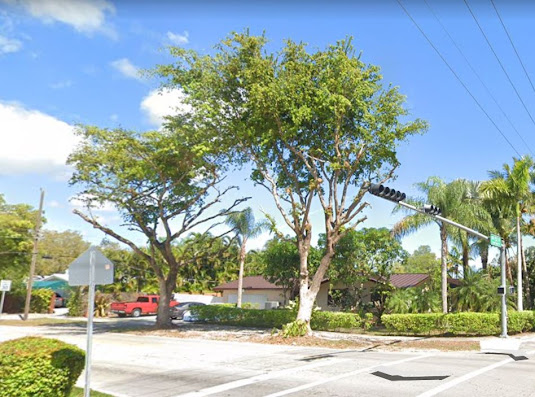 Posted by EugeneFlinn at 11:00 AM No comments:

Email ThisBlogThis!Share to TwitterShare to FacebookShare to Pinterest
Labels: Our Environment, Photo of the Day, Tree City USA

Morning ride - Photos of the Day 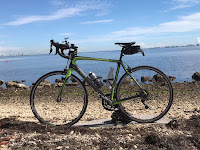 Saturday, 11-13-2021, what a gorgeous day! Who is out enjoying our South Florida weather? A morning 36.5 mile ride to the Grove and back. It should not take a court order to get you out of your home on a day like today. 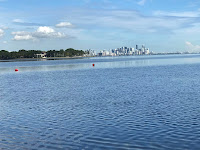 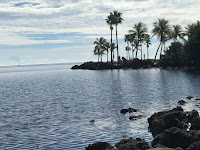 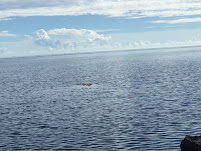 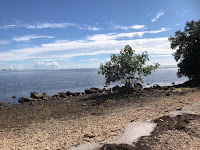 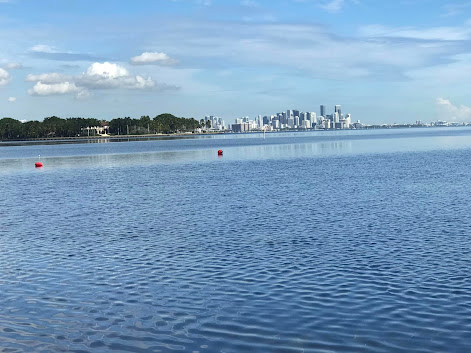 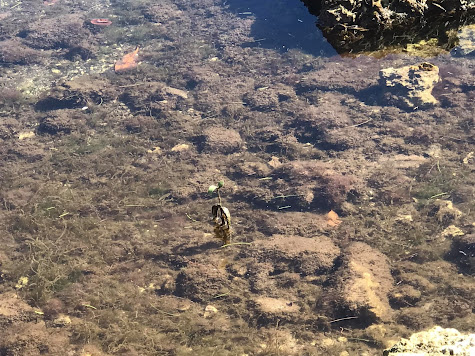 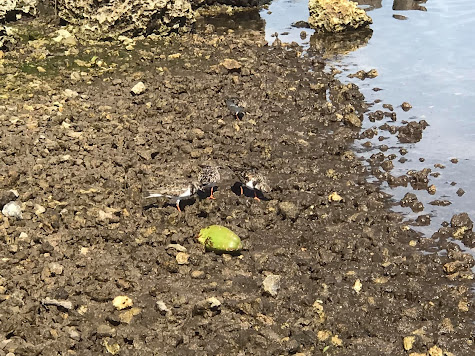 Posted by EugeneFlinn at 3:00 PM No comments:

Email ThisBlogThis!Share to TwitterShare to FacebookShare to Pinterest
Labels: Bicycling, just for fun, Photo of the Day, POD, Why I Bike

One of our daughters texted us the bad news over night: Winter the Dolphin, star of 'Dolphin Tale', dies at 16, Bay News 9, by Cait McVey.

Winter captured the hearts of everyone with her story of the heroic efforts to save her life through a prosthetic fin. Winter the Dolphin made headlines national headlines in 2005 when she was rescued off the Florida coast and taken to the Clearwater Marine Aquarium. She was severely injured when she became entangled in a crab trap line. She later went on to star in the 2011 move Dolphin Tale. A very moving movie. This is not the ending that we hope for Winter.

The official statement from Clearwater Aquarium:

With heavy hearts, Clearwater Marine Aquarium announced tonight that Winter the Dolphin died at approximately 8 p.m. as animal care experts from around the country worked to treat her gastrointestinal abnormality. The CMA family is devastated.

During preparation for a procedure, the CMA Animal Care team observed that Winter’s behavior and vital signs were declining. The medical team tried several life-saving efforts, but she died being held by her caregivers.

“While we are heartbroken by Winter’s death, we are comforted knowing that our team did everything possible to give her the best chance at survival. We worked with specialists and marine mammal experts from around the country to provide her with the best care available. Our staff worked around the clock during this challenging time,” said Veterinarian Dr. Shelly Marquardt, DVM, CVA. “I’m honored to work alongside such dedicated and talented professionals who gave their all for Winter.”

The CMA team expresses our deepest gratitude to the thousands of people from around the world who sent caring messages for Winter. She truly inspired hope and was loved by millions of people worldwide.

Winter, we love you.

CMA will be closed on Friday to provide time for our staff to grieve. A grief counselor will be made available to the team.

Plans for a memorial for Winter, honoring the positive impact she made on the world, will be announced soon.

With heavy hearts, CMA announced tonight that Winter the Dolphin died at approximately 8 p.m. as animal care experts from around the country worked to treat her gastrointestinal abnormality. The CMA family is devastated.

Posted by EugeneFlinn at 8:00 AM No comments:

Email ThisBlogThis!Share to TwitterShare to FacebookShare to Pinterest
Labels: Our Environment, Winter the Bottlenose Dolphin

Red-whiskered Bulbul sighting. It has been a while

Spotted out front of the home. I apologize for not obtaining a photo, but these birds don't wait log and pose for photos.

When a few Red-whiskered Bulbuls escaped from an aviary in the Miami area in 1960, they found an environment perfectly suited to their needs. The climate was not too different from that of eastern India, where they had originated; and the suburb of Kendall, Florida, was heavily planted with exotic trees and shrubs, providing the bulbuls with abundant berries throughout the year. The birds quickly became established, but they have not spread much beyond Kendall.

Yet another reason to plant food sources in order to attract and enjoy your own backyard oasis.

June 24, 2021, Wildlife photography - pictures give reason to appreciate and therefore the drive to protect our local wildlife - Photos by Jennifer Santino-Finger that aid other local wildlife activists.

March 18, 2021, Videos of the Day. Slowing down to appreciate the little things. 2 videos

January 29, 2020, Video of the Day - the sounds of morning in Palmetto Bay. Birds are singing and squirrels are barking

March 22, 2019, Bees plan on working through the weekend. Our Dombeya Seminole plant is "abuzz". POD

April 19, 2015, Earth Week - the events have begun in Palmetto Bay! Join us. Photos of the day - Bird Watching Workshop

April 2, 2012, A must read: Miami Herald’s "The wildlife is in the backyard". I would suggest a friendly competition / coordination between the sister cities to surpass Broward County in creating more backyard retreats

Posted by EugeneFlinn at 5:00 AM No comments:

Email ThisBlogThis!Share to TwitterShare to FacebookShare to Pinterest
Labels: backyard, Our Environment

Thank you to those who have served Country. Today we honor our military Veterans. 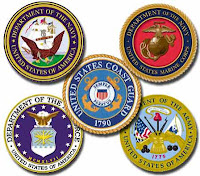 I would like to take this opportunity to recognize and thank all US Military veterans for their service to our country. Everyone should take a moment to honor those who have preserved our freedom and protected all of our rights, including the right to vote. Veterans Day is a holiday honoring living military veterans. It is both a Federal holiday and is also recognized and observed by all 50 states.

Thank you to every man and women who has served our county as a member of our armed forces
Posted by EugeneFlinn at 7:33 AM No comments:

Bike photo. Pick one version for photo of the day. A little fun. Filtered or natural?

Which one: natural - color or the filtered to black & white? 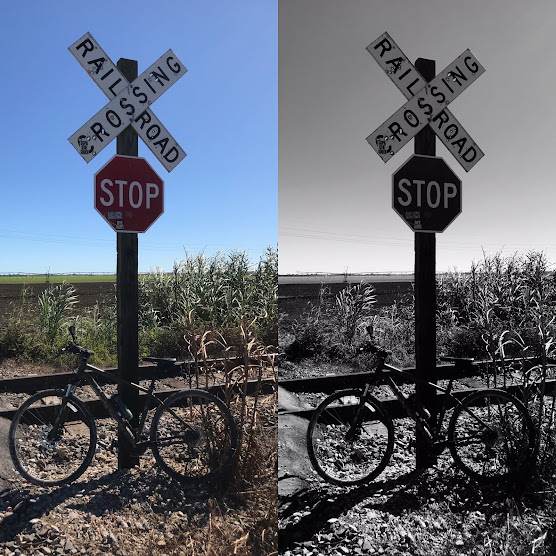 Email your choice to me at eugeneflinn@bellsouth.net winner to be announced.

Did you know that bike photos are a thing? Well apparently it is. Look to the various social media and look for hashtags including (but certainly not limited to the following):

Remember the Rules of (the movie) Zombieland:

Enjoy what you do.

Posted by EugeneFlinn at 10:00 AM No comments:

Email ThisBlogThis!Share to TwitterShare to FacebookShare to Pinterest
Labels: just for fun, Photo of the Day, Why I Bike

Embracing our local environment. A 27 mile gravel ride with friends & family near and into Everglades National Park 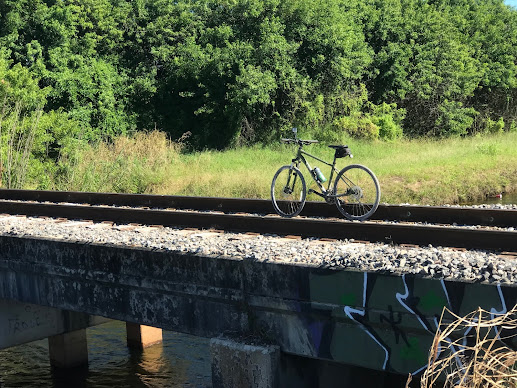 This was just too nice a weekend not to be out riding South Florida.
Saturday (11-6-2021): A nice 45 mile road ride through Palmetto Bay, Cutler Bay, Pinecrest, Coral Gables, into the City of Miami (Coconut Grove)

Sunday (11-7-2021): A change up for Sunday - meeting up with the gravel gang for a nature ride near and into Everglades National Park.

Sunday was a beautify cool morning to ride. 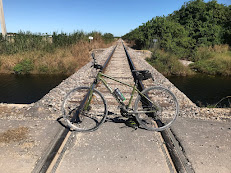 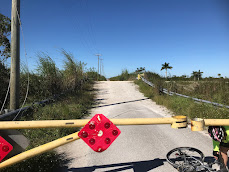 More pics to follow as others from the group share.
Posted by EugeneFlinn at 3:00 PM No comments:

Email ThisBlogThis!Share to TwitterShare to FacebookShare to Pinterest
Labels: Bicycling, Graveler, Why I Bike

We should embrace Ventanitas here in Palmetto Bay. It's a Miami thing, another way for the community to gather.

Why can't we embrace La "Ventanitas" here in Palmetto Bay?

FACT: Vicky's Bakery - a very popular business with 16 (or more) locations in South Florida decided to invest in Palmetto Bay. They have a business model (a very successful model) that includes Miami style ventanitas.  Vicky's tried and was denied their request to properly equip their facility with one. Palmetto Bay officials nixed the request and Vicky's ended up with a counter inside the bakery. This is not the Miami-style traditional walk-up "ventanita" that Miamians have come to know and South Florida enjoy. CLICK HERE to read prior related posts, background on the Ventanitas issue here in Palmetto Bay. 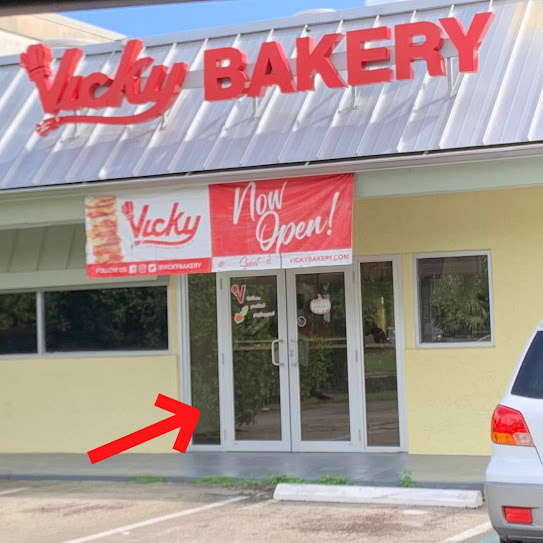 Many have opined privately that this is a  tell-tale sign of Palmetto Bay's political insensitivity towards cultural diversity.

We rode bikes to the Gables over the weekend for some sightseeing. We passed the Vickey's Bakery at 245 University Drive - just a mere block away from all the single family homes in the area (between Le Jeune and Salzedo Streets). Coral Gables is known as a municipality with strict zoning, yet the Gables allows Vicky's Bakery to have a ventanita - well within earshot of residential - both single family and multi-unit areas. 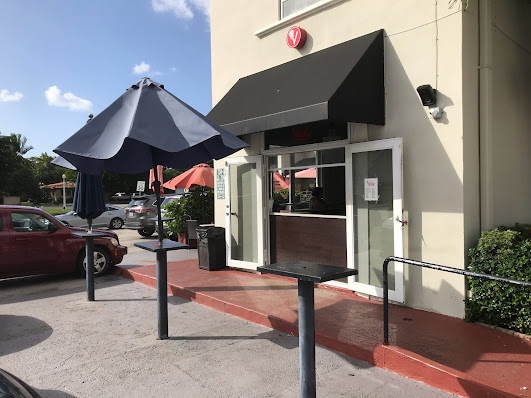 What is the problem here? Who is threatened by this? This looks like a great community gathering place where people can meet and discuss the issues of the day - whether it is a bridge, who is going to save 22 acres of sensitive pineland, traffic, recent trends toward increases in property taxes and fees on electrical service, or what is killing the animals in the park areas.

Perhaps that is the problem - keep people separate, not talking about what is really going on under this current administration here in Palmetto Bay.

Distractions. Palmetto Bay needs to get back to being business and community friendly. Let's work to bring the community together over blowing dog whistles and needlessly dividing our community.

Posted by EugeneFlinn at 10:00 AM No comments: