Update on the ‘Gold standard BRT”. A single qualified bid was received by Miami-Dade County for the BRT line along US1. The Final Bid is $326,172,000.00. What this means for Palmetto Bay. Renderings posted.

Update on the ‘Gold standard" BRT. A single qualified bid was received by Miami-Dade County for the BRT (Bus Rapid Transit) line along US1.

The BRT will have a profound impact on the future of Palmetto Bay and every community to the south that drive up US1 as well as through Palmetto Bay neighborhoods to reach destinations to our north. Simply saying it is critical to our future is an understatement.

After reviewing the deliverables of this bid, my first though is of that 1970’s era song by Paul Simon. How does that song go? Oh yeah:

And, most importantly, Palmetto Bay lost the 174th Street Transit Station. This was a key component of the downtown development and it was in the plans as late as 2019. 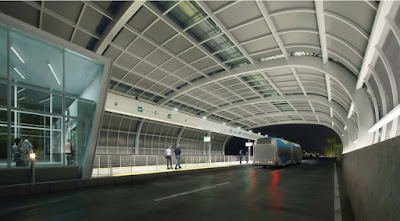 Here we go – more cement on the project, unless Palmetto Bay officials expect the total package to miraculously take a new form through a series of deep change orders.

What this gets us, the commuters of South Miami-Dade County: 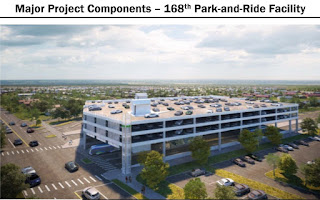 The following is where this bid falls short for Palmetto Bay residents:
And the where was this ball dropped? I had been all over this issue as an interested, involved resident and while serving as mayor – I had raised the alarm in my blog post of October 17, 2019, “We lost the 174th Street Station? I feel left out of the loop. Did I miss the announcement or were Palmetto Bay elected officials not going to tell us?”

So we can document that several items including the fact that:
1. The current mayor and council knew or should have known,
2. They were warned publicly – as posted on my blog – that they all read, and,
3. They did nothing to restore the 174 street transit station.

As a result: This will cause more traffic from the DUV development and removes it from being a true TOD.

Or maybe the appropriate Paul Simon song is "Stranded in a Limousine".

Don’t worry, we’re “all in this together”. We will have a picnic or a tree give away and all will be better. No – it won’t be.  Palmetto Bay needs to change its trademarked tag line from “Village of Parks” to “Village of bread and circuses”.
Posted by EugeneFlinn at 2:00 PM